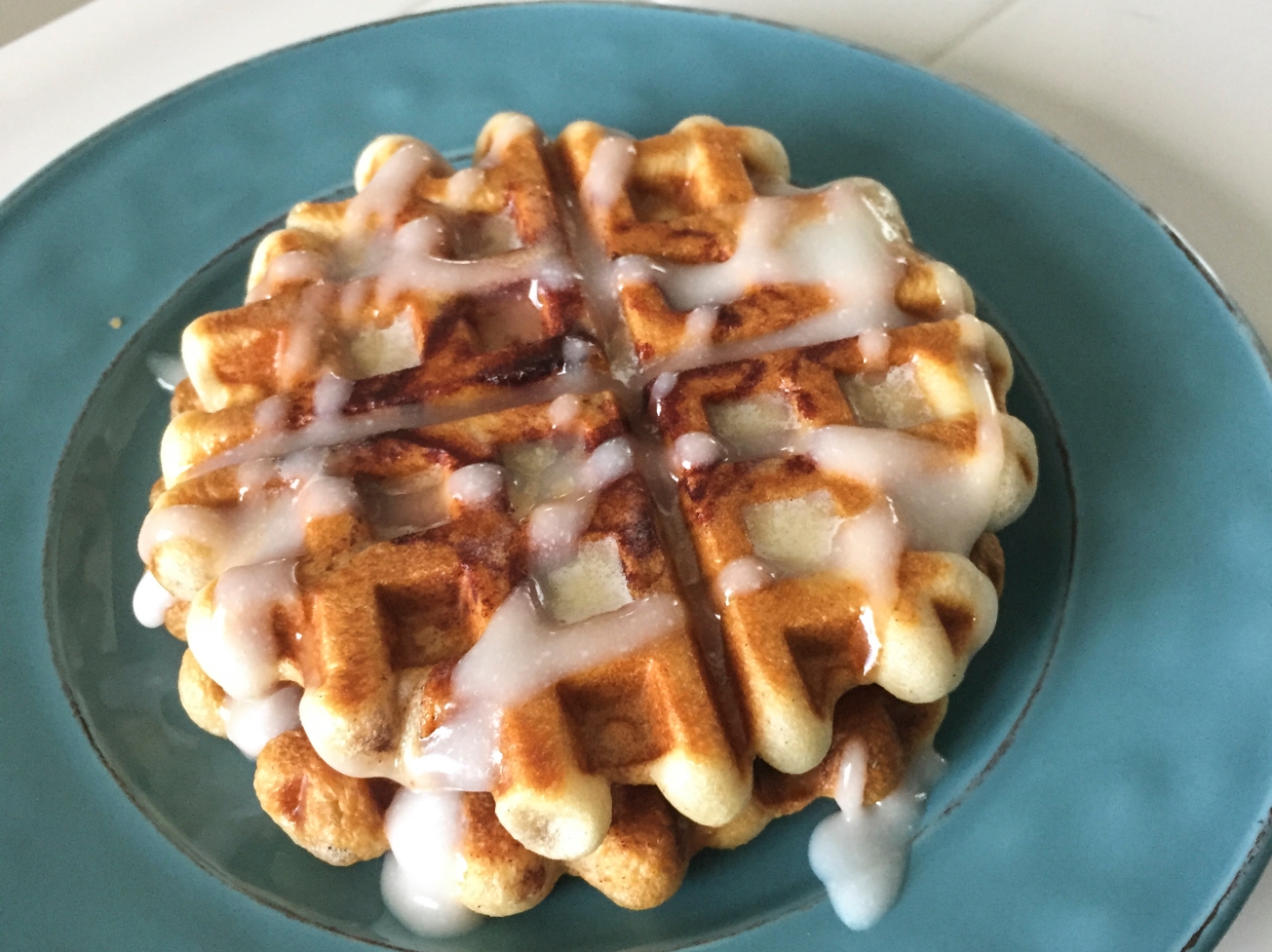 Last summer my little brother, Mike was telling me he saw a post about making waffles out of Pillsbury cinnamon roll dough. Seriously, when I heard that I was amazed at such a fabulous idea. It was right up there with Pop-tarts! PS I love Pop-tarts!

Later, he told me he’d tried it and they were good, but I still hadn’t tried them. We’ll while we were doing our grocery shopping, I noticed Trader Joe’s has a similar product to the Pillsbury cinnamon rolls. So of course, I bought them. I’m sure they’re way healthier because they’re Trader Joe’s, hello! (disclaimer: I have zero proof of these rolls being healthier, it’s just my way of justifying poor nutrition).

Here are the fun details: 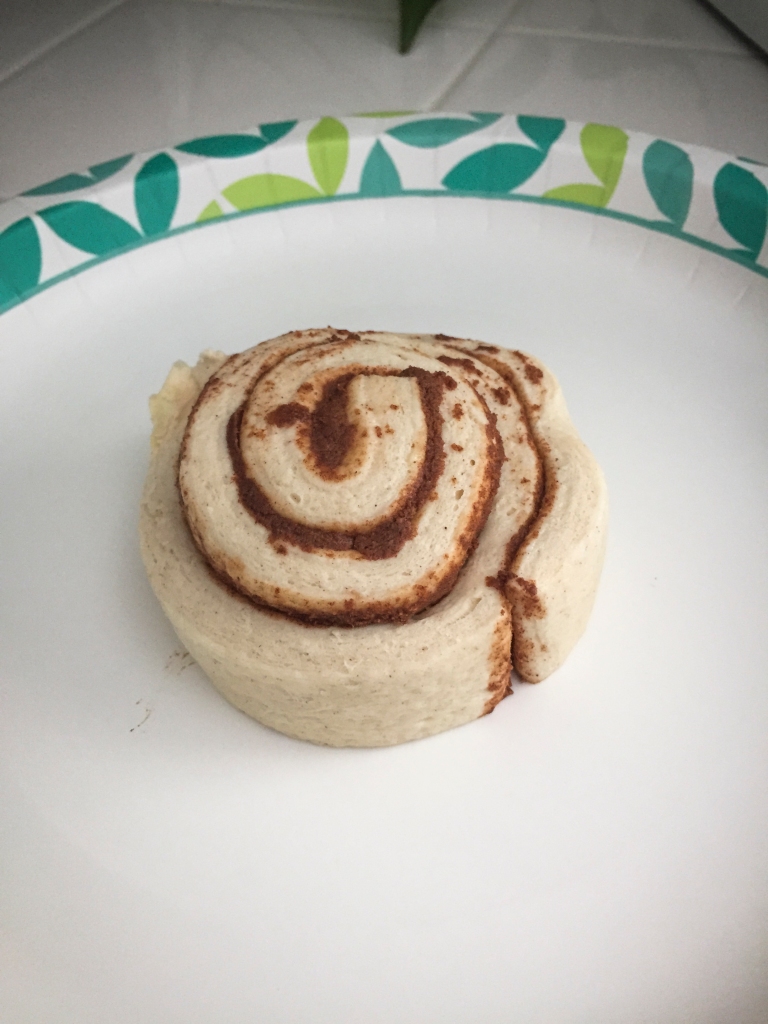 I placed the roll right in the middle of the iron and pushed the lid down. It was so fat I could barely get the lid closed, so I pushed it down with my “mitted” hand until the roll cooked enough to keep the shape, and the top no longer popped up.

Hello, yum! I cooked this on medium, but the second one was on light. Do it on light, the rolls cook pretty fast and light keeps the roll soft and moist.

Finished waffles. I just drizzled the icing over the top. This is a little plate, so the waffles are on the smaller size. I guess that means you should have at least two.